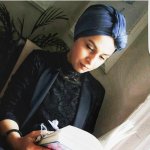 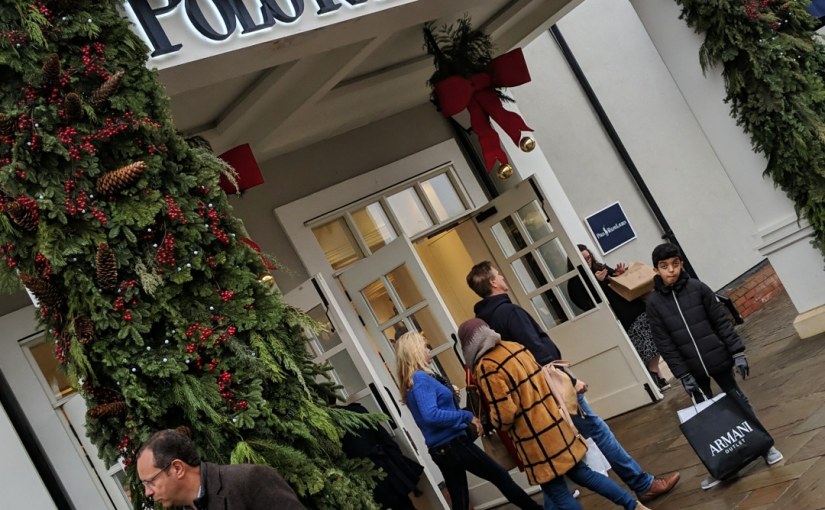 Hi All, How was Christmas??

I had Two weeks off work, and I did…… absolutely Nothing and enjoyed every moment of it.

Christmas for me usually means ‘Shopping!!’. But we all behaved this year. Just one day in Bicester. That’s All. And I promise I have deleted all my favourite shopping apps off my phone. Nearly into the second week of January and Im still going strong…… fighting the urge…… its really hard. But Im doing it.

Its not because I cant shop, its more because at this time of year I end up buying stuff I dont need. Ive still got a hoard of clothes from last year that I havent evan worn yet (and dont know if I will) .

So when the hubby said shall we go Bicester Village tommorrow, I knew it wasnt a good idea, but sat in the car with a smile on my face. This time the condition was that I was NOT driving at all though.

We went with a plan in our heads…… We werent going for shopping…. it was just a day out, because we were cooped up in the house since the school holidays, and had conquered so many series on netflix. We needed to get out with a week left before school started. So a nice day in Bicester village, one item each and doughnuts, Thats all. I was after a wallet (Another one! Yes. Ofcourse. Always another one). My Boy was after a pair of jeans. The younger Boi a jacket, and the Hubby…. well should I say it really? Really? Lacoste…. seriously still waiting on the Loyalty card!

Hmmmmm…. Productive Day. Dont you think? But in all fairness. We got bargains!! so Why not? (still trying to justify it to myself)

For those of you who don’t know or have not been to Bicester Village, it is an absolutely beautiful Designer outlet on the edge of Oxfordshire. And when I say beautiful, it really is beautiful, it’s cute and chic. If the weather is good, you could almost forget you are in the UK at all.

And now heres a few bits and pieces we picked up:

From the Hugo Boss Store the Hubby picked up a sports top for himself, and that other ‘red’ top that he claims he will wear for football. (That for sure is staying in cupboard forever!!) Both of these were for £90.

Then we hit the Armani Outlet where the hubby bought this tracksuit for £85. I think that’s a bargain!!

He also managed to pick up these jeans at £49 each

Next up we went into All Saints

The shop the hubby was waiting for, although he did well, he bought 6 tops from Cheshire 3 months ago. He received a Lacoste top as a secret Santa at work. (Seriously who gives Lacoste as Secret Santa?!) So he settled for two tops at £37.50 each.

And the Boi found himself two tops at £29 each.

We walked into DKNY. I swear I had no intention of buying anything. Until….. The sales girl had the prettiest of trainers. I just NEEDED them. Perks of it though…. It had £80 written on the label, and when I went to till they charged £48! If only they had in different colours also! Damn!

This is usually our favourite shop, but it was a disappointment this time round. Just got the one top for the younger boi from here for £18.

Cath Kidston had these at £6 each. So picked up a few to give as gifts for little ones in the family

Well we on a shopping spree, already done the damage. Right? Another £17 wasnt going to hurt anyone (but the hubby who’s paying) and I can’t use my pretty new diary without a pretty new pen right? Took out the card one last time…. Listen nobody told him to park outside Swarovski!

So All in All a Note to self: Bicester Village is NEVER a good idea for a Day out unless you want to come back broke

On the way home, we were starving, and decided to hold out until we got back to Leicester. We ended up at Pamson Grill. It’s a traditional Pakistani Restaurant, exactly what we needed to fill our now shopping tired bellies.

The decor and set up inside is so classy

We filled our bellies with a mix grill for starters and papdi chat (which I ate before I took a photo!. I must be been starved 🙈)

And for mains we opted for Chicken Karhai, Lamb Karhai, and Biryani. And we devoured it.

Loved everything about Pamson Grill. Definitely will be visiting again.

Hope you enjoyed our day.

Catch you on the next one. 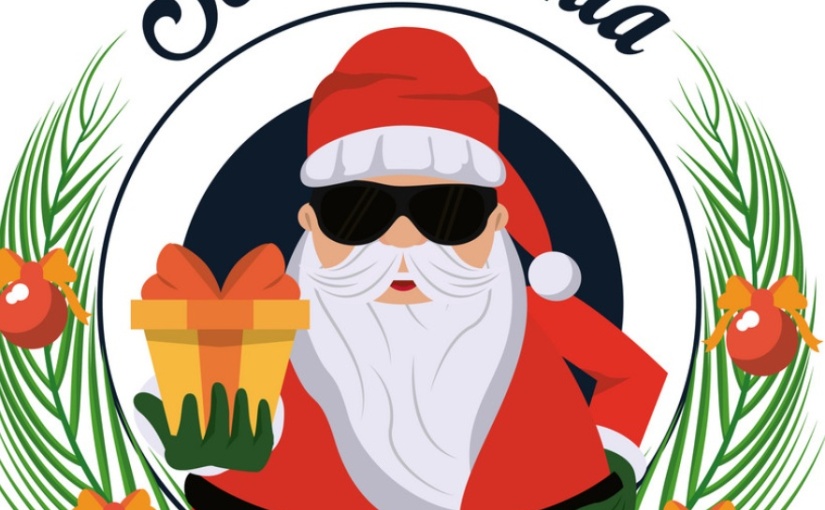 Office, retail, workshop, wherever you work, Christmas is the best time to work (if you haven’t got annual leave that is)

The festive spirit is everywhere. I don’t even celebrate Christmas but it’s the best time of the year to be at work. The mood is much different, don’t you think?

We do a secret santa every year at the office, and I get excited about it before it even reaches December.

Here’s a few under £10 gift ideas for every personality in the office :

A personalised mug, maybe with their own name, a message or a picture. Starting at £5 this will be a proper treat for the tea drinker. Also you know they won’t be taking your mug anymore! Find some great ones here www.personalisedgiftshop.co.uk

Being a fan of all things personalised I would have to go for a personalised pen. Once again www.personalisedgiftshop.co.uk has some great pens with cases personalised. And you can find them from as little as £8.99.

These chocolate dumbells from www.notonthehighstreet.co.uk are just the cutest. Everyone needs a little treat – especially in Christmas. At £8.00, Mr Muscle will be flexing those biceps – (Maybe after Christmas.)

Isn’t Secret Santa just made for this person? The options are endless, and funny. Depending on how much you want to insult the person… Choose wisely, it could end up terribly wrong.

The Ultimate Quickie Bell. £3.99 from www.buyagift.co.uk

There’s more far worse (but better ) gifts for a perv. But I really can’t put them on here. Dying of embarrassment. And my brother reads these blogs. So…. Staying….Away….. Do google away though.

There’s always one who’s always cold, even at 50 degrees, they can feel the air (oooops. That’s me). So here’s what the cold one (aka me) would love.

Me again. Hehe. Depending on what kind of geek they are…. There’s a bookmark for them all.

www.oodlique.com. £10.00 for this copper beauty (adding to shopping basket now)

For the insect geek www.notonthehighstreet.com these are so cool for £7.95

Keep searching guys. There’s a book mark for everyone.

Whatever you get this person, just don’t forget this wrapping paper. They will be thrilled

There’s always that one person who comes into work dressed to the nines, looking flawless and glamorous. How do they do it????? Share the secret please?

So what to get someone who’s always prim and proper, and organised and with it? Heres a few suggestion

www.boots.com have some fabulous Ted Baker gift sets at fabulous prices, (both under £10)

Now I’ve just got to wait for who I get. Hope you guys got some good ideas from here. And do share any characters I’ve missed from the office!